I’d call a plumber if it’s a bachelorette party (bow–chicka–wow–wow), but not if your washer is a bit sluggish in the draining department. It’s a quick fix-a bit like a box of chocolates and eating a Tootsie Pop, all in one.

SITUATION: You know that aggravating feeling when it says 1 minute remaining on the washer but it takes 30 minutes…. in other words, your front loader washer isn’t draining and completing the rinse cycle very quickly or effectively, despite a good faith spin. You might also notice that stuff doesn’t seem as “clean”. And

BACKGROUND: April 2, 2011 – I fixed my first front loader washer. At first it was sluggish, then all but quit draining meaning no rinse and no clean cloths. I had tried running empty loads, extra hot, extra spin to no avail. Rather than read the manual (wherever that is) or call a plumber – I googled and won!

ASSESSMENT: Stuff gets left in pockets and whipped out during the vicious spin cycle and then sucked down and out with the water only to be caught in a course strainer, pump filter, crap trap, whatever before going to out to sea. A good thing if you wedding ring went for a ride but cumulative effect of coins, paperclips, bobby pins, lint, thread etc equals clogging.

A watched pot never boils but neither does a plugged crap trap on a front loader.

RECOMMENDATION: Unclog the strainer! Clear the crap! Flush the filter! It’s really easy and depending on how you have your washer and dryer arranged, easier than others. My brand of washer is a GE Adora, but this in principle would apply to other front loaders. 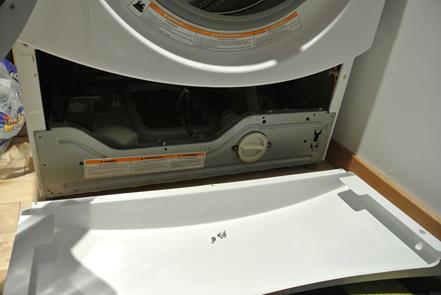 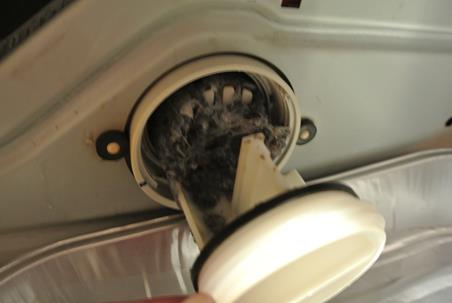 Contents – eight knee high pantyhose (yes 8!), lint and thread mash, 85 cents, a key, a few loose screws (hehe) and bobby pints. Many Facebook friends swear there was a cellphone in there…. 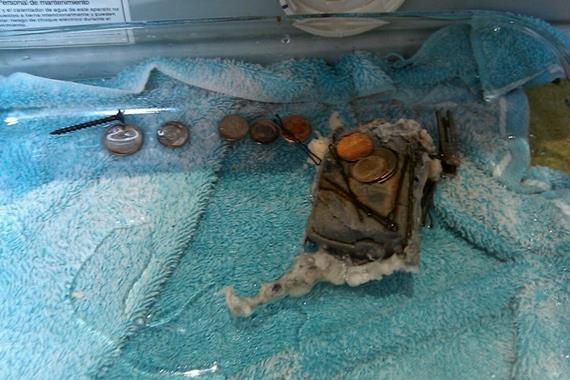 Contents: no where near as exciting…. Although I had been looking for those cork screw bun holder dealybobs….. This time I fixed it before it got way out of hand. Knowledge is Power! 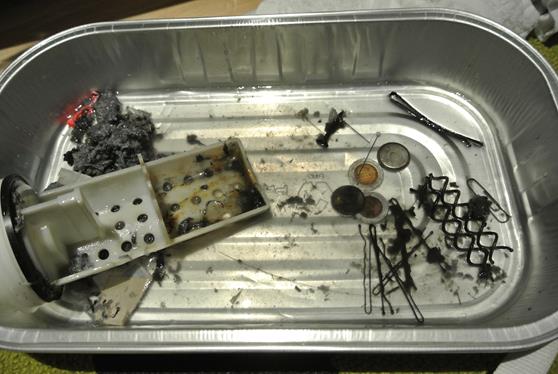 (look at this artsy off-center washer shot! Doesn’t it just say, honey come use me!)

BONUS: Do your clothes smell mildew–ish in your front loader? All you need to do is not shut the door in between washers so that it can dry out. You shut the door, it never dries and gets pretty funky smelling, which then gets in your clothes. Same thing if you leave a load in there too long after washing, it doesn’t dry and starts to get smelly. If this happens, I recommend rewashing, maybe a little hotter water than normal (but know what’s in there so you don’t shrink it) and/or running an empty load with vinegar in the detergent slow plus minus some baking soda inside.

Other sites, if you don’t believe me: