The hubs and I had the opportunity to visit the forbidden land of Cuba in October, legally under the People-to-People educational exchange visa with Friendly Planet. We went in not sure what to expect as we really didn’t know much about Cuba. Didn’t JayZ and Beyonce just visit? We aren’t supposed to go there but people sneak in through Canada I think? What’s the big deal anyway? Here are the top ten things I learned in Cuba. It was hard to narrow it down….

10. The pictures of Cuba and the classic cars are real and it never got old to photograph. Cuba is only 90 miles away from Key West but is stuck in a time warp soup of 50s and 90s mixed together (with a sprinkling of 21st century). It is unfortunate WHY Cuban’s are behind in terms of technology, living conditions etc. However, it was jarring almost to return to the US will cellphones ringing all over the place, whiny spammy emails from all directions, The Kardashians etc. In Cuba, there seems to be a constant sound of music, cars and chickens (yes! My favorite!).

9. Cubans seem pretty healthy, despite low monthly wages, cigars and rum. Their average life expectancy 78.05 years, compared with United States = 78.62 years. (Source) What makes this significant for the list is 1) I work in health care 2) the embargo prevents the importation of most “modern” medicines and technology and 3) government guarantees and provides coverage to all. Sure it isn’t fancy, new and wireless but somewhere in there, things are working for many Cubans. I think it is because they walk a lot, dance and spend time with humans instead of devices. I do know that there are people that would benefit from access to more modern medicine, but this is true on our home soil as well. More interesting to my professional persuasion is the use of medicinal plants. The pharmacies were overwhelmingly stocked with brown amber bottles of high quality plant extracts, (national industry) and only some more recognizable medications. 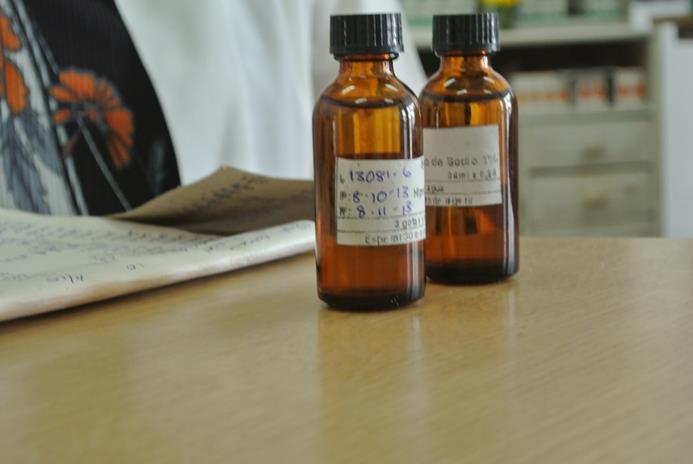 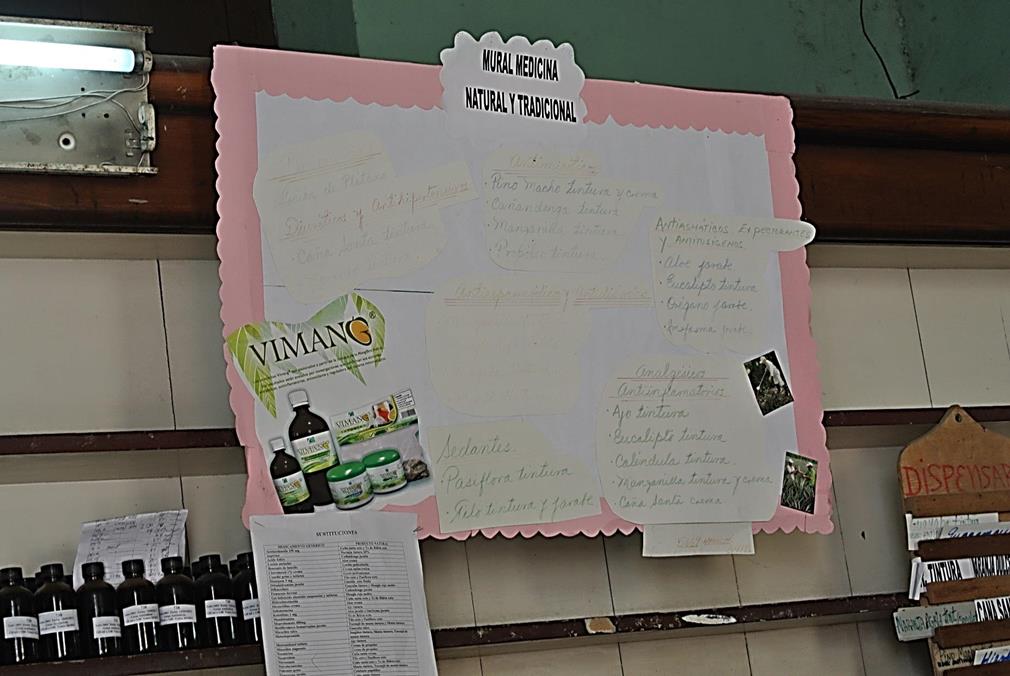 8. Don’t judge a book by its cover. Cubans are a highly educated population, with a  less than 1% illiteracy rate. School is compulsory through age 16 and at this time even university is free. There are requirements and citizens must “repay” the government in the form of some service or temporary assignment. There is a movement to require that some citizens go for predetermined training to meet the needs of the country and ensure that there is a balance of what skills are needed internally and abroad. Cuba doesn’t have much money to buy the stuff it imports but they have intellectual capital to trade. We met several really interesting people working in a variety of areas and because times are still tough, tourism jobs pay better and tips are desirable. So that pedicab driver, Crazy Charlie – he was a high ranking interpreter at the military base in Guantanamo. The horse whisper in Trinidad, Julio Munoz, an engineer, not to mention social change agent. The hotel maid, likely a nurse or teacher and all towel artists. In a more general sense, it is also hard at times to tell who is/does what in Cuba as they all for the most part dress the same. It goes to show how much weight we put on appearances in terms of trust, perceived intellect etc. 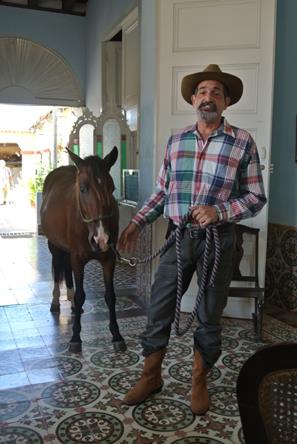 7. Old ladies do not walk around smoking zucchini sized cigars. Those ladies smoking the big cigars in fanciful dresses are there for us, the tourists, and the cigars aren’t lit (there is tape over the part in their mouth). Pay them a CUC and take the great photos though. This was my favorite shot, as it looks a little like Grumpy cat.

6. Cubans have access to food rations, although it sounds like this is starting to evolve. We visited a ration store for dry goods, like rice, beans, sugar, salt, and a separate one for meat and eggs. Beef is a luxury to eat in Cuba, but I don’t recommend it. They tend to overcook all their meat (likely for safety, for which I am thankful after seeing the butchers). Pork, chicken and fish are present at almost all meals. The food ration prices are also posted in the local peso currency (CUP), not the convertible pesos (CUC), as in the photos below. Cuba maintains TWO currency systems. One CUP is about $0.04 USD and one CUC is about $0.87 USD (they don’t really have a good conversion, so it is more about the “fee” to change the USD). 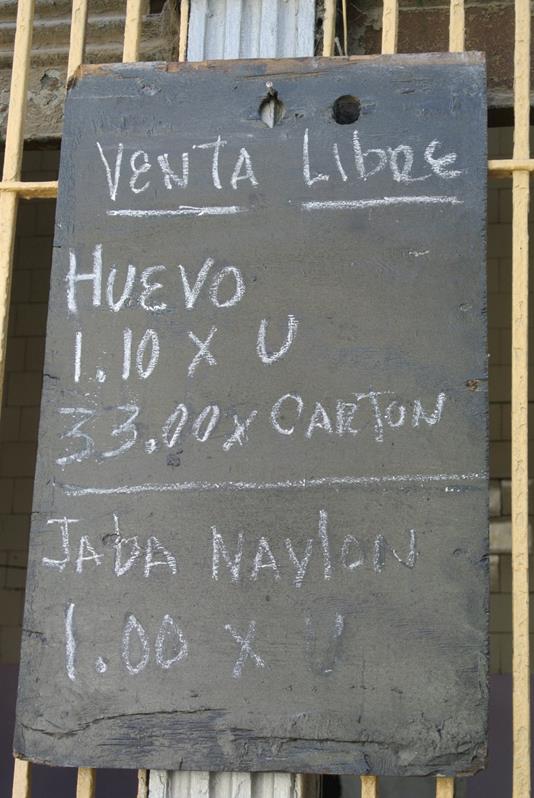 5. Cubans love their ice cream! Probably one of those ignorant gross generalizations and no fun facts for this just first hand observations – almost every lunch and dinner helado was provided and there were little shops around (now that Cuban government is allowing limited private business ownership) ALWAYS with a big line. It could just be that it is hot there too. However, it doesn’t come close the amount of rice and beans nor mojitos and cuba libre’s offered and consumed.

4. Santeria is not voodoo. Most interesting, is that it lives in apparent harmony with Catholicism in Cuba. Many of the santeros are baptized Catholics. In a nutshell (a very small one), it is the Afro-Cuban religion, from the time of slaves. Slaves were not allowed to openly practice their religion and instead incorporated it into traditions of Roman Catholic church, in a sense hiding it. We visited two house temples or casa de santos while in Cuba to learn about the rituals and ceremonies – one in Trinidad dedicated to Orisha/goddess of motherhood, water and the other in Havana in the Callejon de Hamel. The goddesses are not black because of the African basis necessarily, it had more to do with the type of wood originally used to carve the images. It was hard to get the Sublime song out of my head at times….. 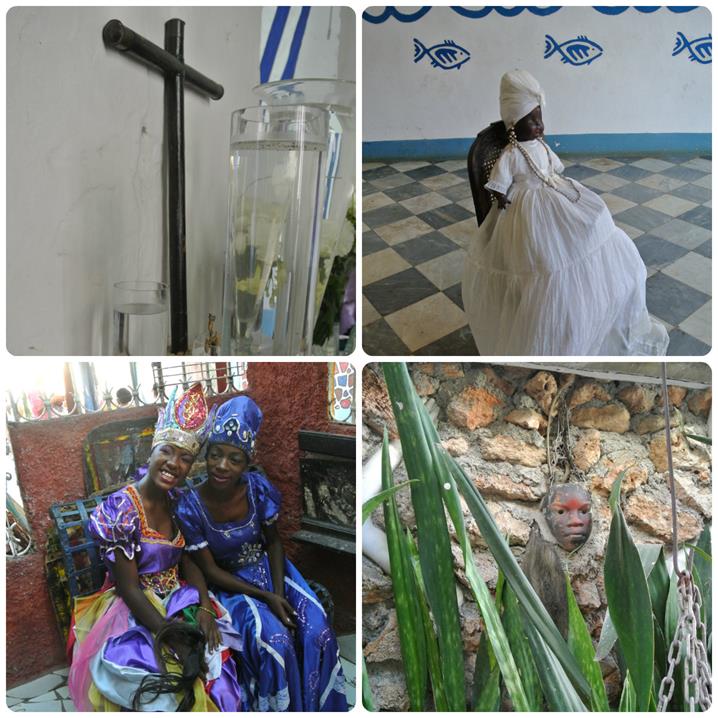 3. It’s easy to see why Ernest Hemmingway was so inspired in this country. And I am inspired by Hemmingway. We visited his home and marina. His interior decorating style is amazing. Cool, calm, interesting objects, clean lines, great book collections etc. Sure it is kind of a shallow learning, but hey, this is my top ten list, not what I think I should tell you list.

2. Moors and Christians are just Spanish Black Beans and Rice. So, which is which? The black bean are the Moors (historically Muslim or Arabs)—and white rice, you guessed it, the Christians. And despite the fact the Christians won the dueling in Spain, the proportions served are usually the same. They were actually pretty tasty, with some spice and garlic but I am still recovering from eating them with most meals for two weeks straight.

1. I need to find ways to get involved with making my community more beautiful and vibrant. We visited several amazing community projects focusing on art, in particular murals and teaching kids art skills so they don’t get involved with the wrong crowd. My favorite visit was Muraleando in Havana. They even have a website for you to stroll through (a luxury for Cuba). We saw so many examples of people making a difference with nothing more than passion, talent and a lot of repurposing. This is not unique to Cuba, but perhaps it took the trip, the unplugging and inspiration for me to see this. More on murals in another post. 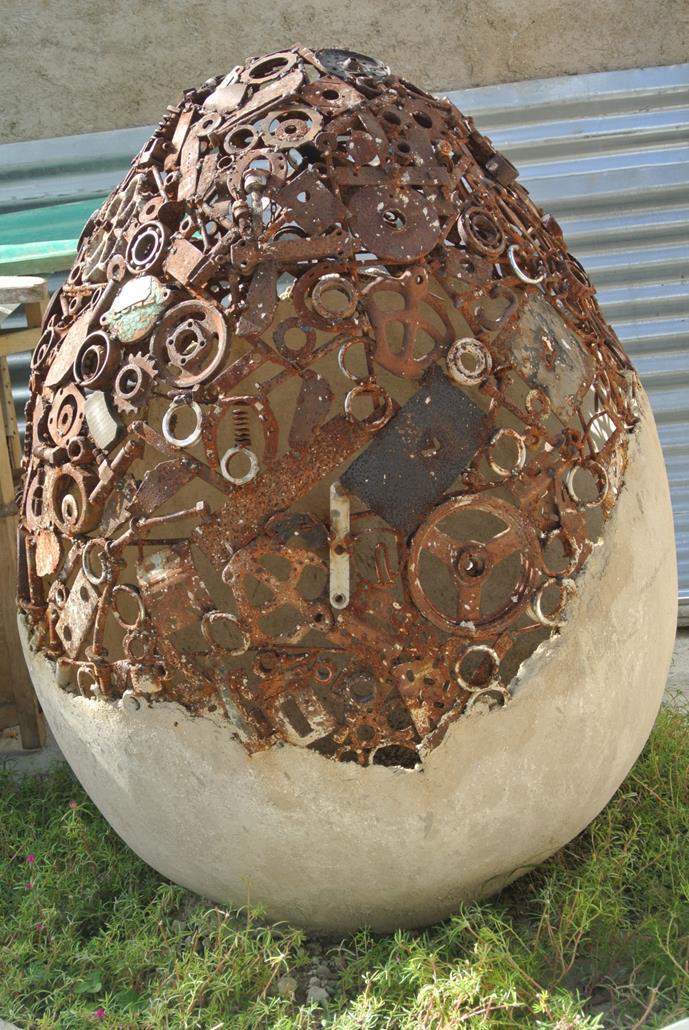 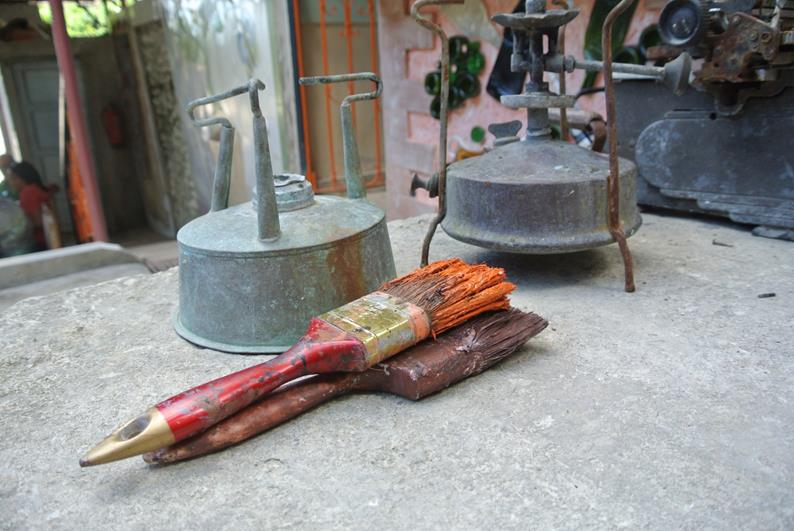 Other resources and blogs about travel to Cuba

These opinions and observations are all our own. This is part of my visa journaling requirement, not something FP paid us to do.