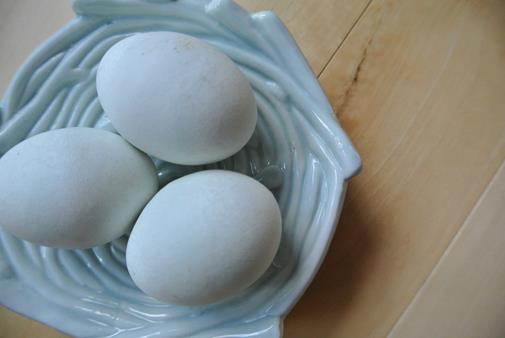 Rest in Peace Roxanne – aka Roxie. You, your early bedtime, rumpless self and pretty blue eggs will be missed. Definitely taken before your time.

The approach to the scene – the unsub likely chased than dragged Roxie the last few feet alongside the house, up under the stairs.

Location of body – near garden hose, under stairs. Note: hose does not appear to be the murder weapon and scene is strewn with feathers indicating a struggle. Feathers are mostly small suggesting neck trauma and observed an odd lack of blood and guts.

Note – the following photos are actual shots from the driveway morgue, so don’t look if you don’t want to see a dead hen. But this is life – urban chicken keeping is not all fluffy baby chicks, Peeps and Easter eggs.

So, we are operating with the assumption the unsub is a cowardly neighborhood cat, that was too “chicken” to pick off one of the big hens and do any sort of real predator action (although I am not complaining). Just a few bite marks and a probable broken neck, next to no blood and seen alive by DH shortly before the time of death.

Prior to her death, Roxie had expressed her wishes of donating her body to science but not organ donation (she followed Buddhism, dying into rebirth in the days following medical death). AND I am not that morbid, but I did want to look at her feet. [note: future post about my life as a chicken]. We have long suspected that she had a pretty natty case of scaley leg mite, which fortunately did not spread to the others (yet). It was good to see that there weren’t sores, although does look painful. Roxi ambulated prior to this evening just fine – we watched her for any signs of suffering previously. Treatments we tried – petrolatum (that is NOT EASY) and resorted to Adam’s Flea and Tick spray based on internet research. I just could not see us being successful, other than making a royal mess, dipping a hen’s legs into olive oil. Can you imagine mess? The coop will get another good clean down this weekend and all the girls will get spritzed on more time. 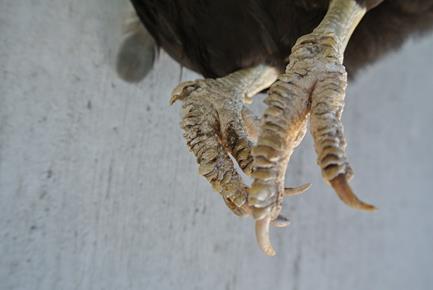 Another ugly side to backyard chickens – what they do to the grass under the tractor! Glad the chicks are now integrated with their big sisters. In the spirit of always finding the positive, we are planning to put a stone patio in this exact area of the yard, and already have the first step of removing sod underway.

Another thing! Fly traps – gag. This smells like rotting meat and buzzes with trapped flies. We have the challenging “season” ahead of us 1) cherries ripen and fall in the yard and 2) hens get more free range time with long days (although closely supervised for a while) and they poo around. We do ok with fly control between diatomaceous earth, flesh fly traps and deep litter method in the coop (no flies in there). I also like to pretend they are bees buzzing around the yard, since there are hives back there anyways.

4 thoughts on “Somebody call the Police ….. Roxanne is dead & a post-mortem on a beloved hen”