I like to think of clever phrases or parallels for my blogs. This time I kept thinking of “Romancing the Meat”, playing off of Romancing the Stone…. Until I googled what its origins looking for facts… hmm, not going to work this time according to Urban Dictionary….

So, in other news today, here is a quick and delectable recipe for Korean Kalbi (gal-bi) BBQ short ribs. If you have never experienced Korean BBQ, you haven’t yet lived. Personal favorites are spicy pork and of course, short ribs. Paired with Kim Chi, it’s a palate pleaser, and no one should be frightened by the reference a foreign country. Today I share with you our simple approach, including hacks, to make these short ribs at home for a perfect backyard get together. 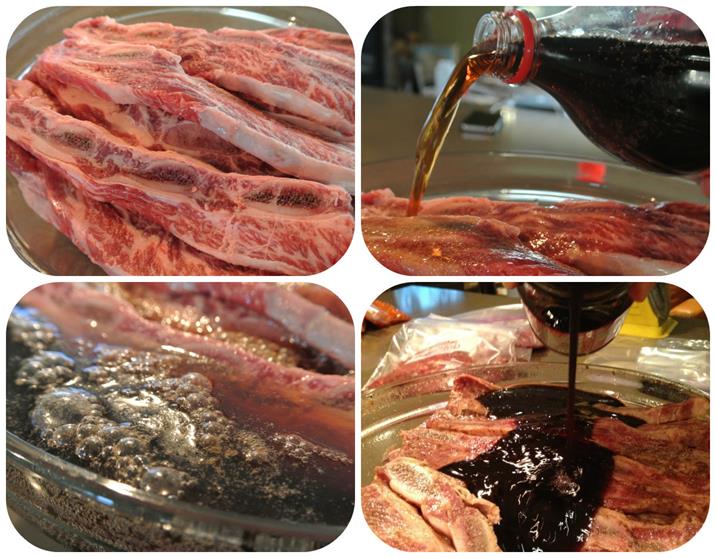 If you have a Korean grocery store near you, see if they have a pre-marinated meat section. We love our local H-Mart’s marinated meat bar. By the pound, you can buy tasty spicy pork, flavorful chicken, bulgogi beef and sometimes Kalbi. Makes for such an easy dinner and perfect vehicles for eating kim chi.